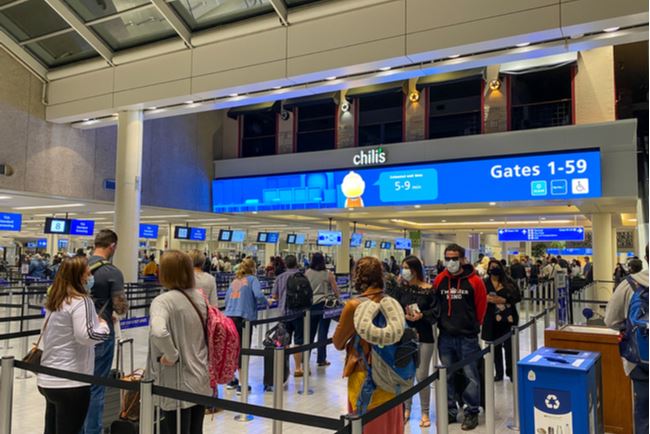 While a lot of uncertainty still remains and there’s still a lot of road to travel, the U.S. travel industry is continuing to see signs of steady improvement.

On Sunday, the Transportation Security Administration (TSA) screened 1,031,505 people at airport security checkpoints nationwide, the first day that the TSA passenger volume eclipsed the 1 million mark since the COVID-19 brought air travel to an effective halt in March.

The number is still 60% lower than what the TSA screened the same day in 2019—last year, during the same weekday, the TSA saw 2.6 million people go through checkpoints—but represents a stark increase off of the 87,534 low from April 14 and even a slight increase from last week’s 968,545 number.

The week’s total also gave some reason for optimism—Oct. 12 through Oct. 18 saw 6.1 million passengers total, which is also the largest weekly volume since March.

The numbers are increasing as many international borders remain closed and states and territories within the U.S. continue with their quarantine rules, including New York, which has a 14-day quarantine in place for a number international and domestic destinations, something that ASTA recently called to be lifted.

The optimism is also showing up in consumer sentiment, as more and more consumers are becoming more comfortable with the prospect of traveling with new rules and health and safety protocols in place. According to the October edition of MMGY’s Travel Intentions Pulse Survey (TIPS), which queried 1,200 active travelers—46% of respondents said they are likely to take a domestic leisure trip over the next six months, up from 42% in the previous survey for September, and up significantly from 31% in April.