Travelers skittish about flying during the pandemic will find plenty of advice from the Centers for Disease Control and Prevention.

Travel increases your risk of getting and spreading COVID-19, the agency's website and social media feeds hammer home. Most viruses and germs don't spread easily on planes due to the air filtration and circulation, the CDC notes, but social distancing is difficult on crowded flights, which may increase your risk of getting COVID-19. Security lines and airport terminals lack social distancing, too.

Frontier Airlines CEO Barry Biffle says the advice is due for an update since airplanes and airports have not been COVID-19 spreading hot spots like, say, restaurants and bars.

Biffle said Frontier has had just 27 requests from the CDC since January for passenger contact information after a passenger on a flight later tested positive. As part of its contact tracing efforts, the CDC then contacts passengers who sat in the rows near them to see if they got sick. None did, he said.

"They've had zero cases that have been tracked back to contracting COVID-19 on board an aircraft,'' he said of Frontier's flights.

Across the industry, he said, he's not aware of any cases of a group of airline passengers contracting the virus. And he said the rate of employee infections at Frontier is below the national average.

On the ground: Hawaiian Airlines flight attendant dies after testing positive for COVID after training

Biffle said the bottom line is that flying "is not a high-risk activity.'' It is safe, he maintains, given the air filtration and circulation, strict mask policies for employees and passengers, the reduction of food and beverage service and other health and safety measures.

Frontier is the only U.S. carrier taking passengers' temperatures before they board. Biffle said just one traveler has been denied boarding due to a fever since the testing begin in May. He attributes that to Frontier's repeated reminders about the policy to passengers, including asking them to take their own temperatures before heading to the airport.

Biffle said Frontier has been talking "behind the scenes'' to the CDC in a bid to get the government to update the guidance and said the airline has been told the agency is working on it.

CDC officials did not respond to requests for comment about Frontier's call for updated travel advisories or statistics on COVID-19 cases and airlines.

"Flying is not dangerous as it relates to COVID-19,'' Biffle said. "We are ready and willing to have that debate. We'd love to see facts that say something else.''

Updating travel guidance isn't unusual, even during a pandemic.The U.S. State Department on Thursday removed its global travel alert advising against international travel, a policy that had been in place since March.

Biffle is trying to sell more airline tickets, of course. Frontier Airlines, like all airline officials, watches the budget carrier's bookings fall and cancellations spike every time there's a surge in COVID-19 cases or increase in travel restrictions.

"People are afraid to fly, and they shouldn't be,'' he said,ticking off mountains and national parks as ideal places to visit during the pandemic.

The industry's finances have been pummeled this year as travel has evaporated and tens of thousands of employees face layoffs if the the federal government doesn't extend payroll protection programs beyond Oct. 1. TSA checkpoints across the country screened 743,599 people Thursday, down 72 percent from 2.7 million a year ago.

"My plea is that there are Uber drivers that haven't gotten but a couple rides a week in months. There are hotel workers that are losing their homes. There's airline workers that are going to lose their homes,'' he said. "It's all because we're not looking at the facts. The bottom line is: It's time to fly.'' 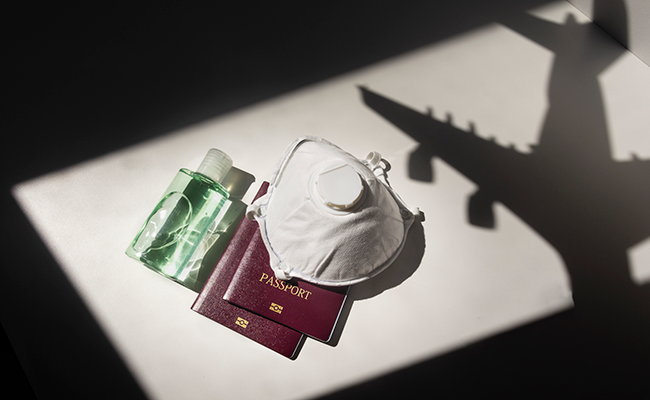