Circa Resort & Casino To Make A Big Splash In Vegas

“I always thought one of the greatest things about Las Vegas had to do with the fact that there were so many moments where your senses could get overwhelmed, just by colors, or sound, or shapes or sizes,” says Circa CEO Derek Stevens. “The first time I took that moving escalator and walked through Caesars Palace and saw that sportsbook, I was like, ‘Oh, my God, I can’t believe it.’ Or walking into Las Vegas Hilton into the superbook — that was amazing. And then to think they were going to build a pool at The Mirage and there’d be dolphins floating around…I always wanted to something like that, create these wow moments for people.” 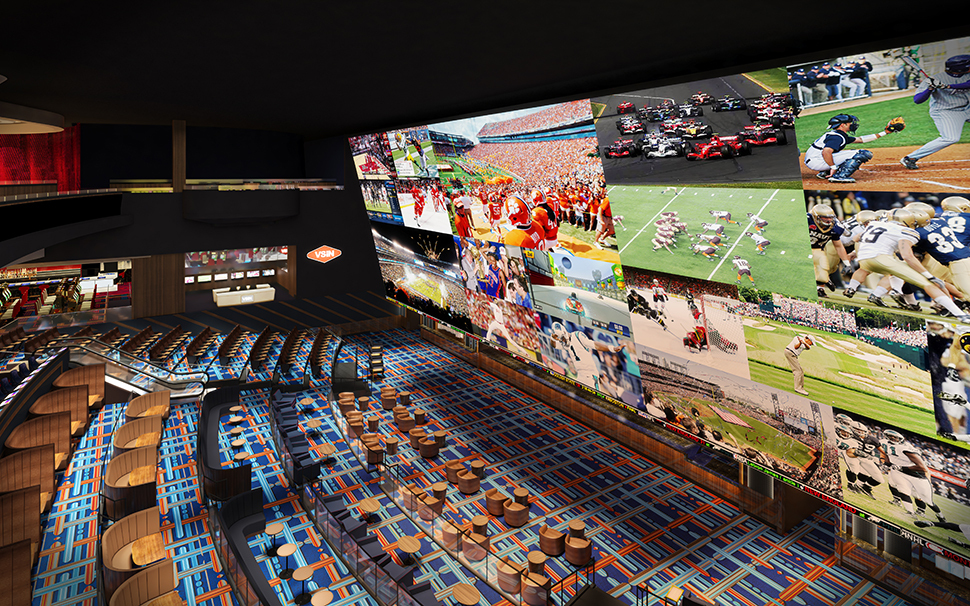 Peek at the world’s largest sportsbook.

Downtown Vegas’ first new-build casino resort since 1980 won’t be short of wow moments. The three-story, stadium-style sportsbook with a 78-million-pixel high-definition screen certainly will impress. The third floor will house a studio for Vegas Stats and Information Network (VSiN is the sports betting network), which will offer expert analysis daily from broadcasters, athletes and industry professionals.

And Stadium Swim will have its own 14-million-pixel screen so that you won’t miss the game or any special events while soaking in the temperature-controlled pools, which will be open year round. 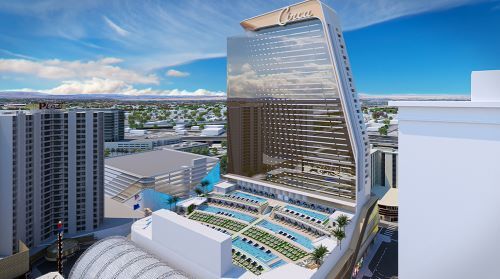 Soak up the sun in Stadium Swim.

Some wow moments will come in the unlikeliest of places. “I’m excited about Garage Mahal and really creating a premier transportation hub for all of Las Vegas,” Stevens says. “There’s never been a hotel casino that’s been designed with ridesharing in the thought process.” Instead of the usual rideshare setup at most properties, Circa’s garage area will have designated lanes for cars, so you can go directly to the right spot instead of searching for your Uber in a swarm of similar-looking vehicles.

Beyond the more efficient rideshare design, Stevens rethought the entire garage experience. “We wanted to amp it up a little bit where the lighting, the sound, the chandeliers, the art really makes it something special,” he says. “I’ve always thought that there’s no reason to have parking garages be eight feet tall where you have to worry about the roof of your SUV hitting the pipe, being dark, being dirty and being unsafe.” Plus, he planted a concierge there to be the first guest touchpoint and provide help, whether that’s assisting with dinner reservations or offering directions. 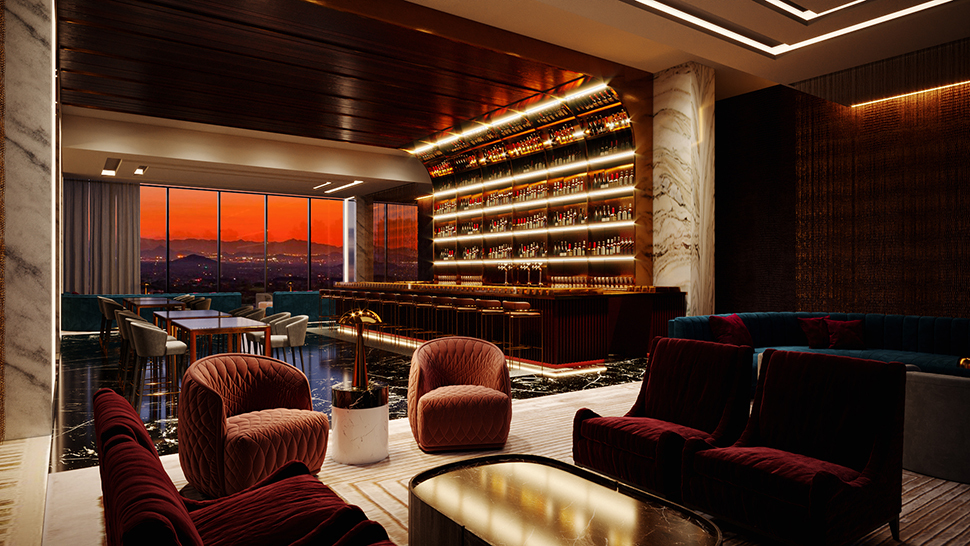 One of the most Instagrammable spots on the property will be in front of Vegas Vickie. The neon cowgirl kicked her heel up above Fremont Street from 1980 to 2017, and now the oversized sign will live indoors at Circa’s Vegas Vickie’s bar.

While it won’t open until December, the 35th-floor Legacy Club also is vying for most Instagrammable honors. “It has one of the best sunset views you could ever dream of,” Stevens says. “As you get the sunset to the west, when you look to the south, you see Vegas light up…. It gives you all of these different ideas of what the night can bring to you.” The hotel will sell sunset packages in the indoor-outdoor space. Fire pits will keep you warm if you opt for an alfresco sundowner.

An Homage To Old Vegas

Circa also is making history as the first adults-only resort and casino in Las Vegas. “We said, you know what, we’re gonna be willing to give up a few extra nights of hotel room revenue just to create an environment where people can go out and have fun and not have to worry about getting their toe run over by a stroller,” Stevens says. “When people fly to Vegas, they don’t want to have a crying baby in the next seat. It doesn’t mean they don’t like kids. It’s just not what they are looking for.”

Despite that new approach, expect what Stevens calls “old Vegas hospitality.” He says you can find it in his other downtown hotels, Golden Gate Hotel & Casino and The D Las Vegas. “These bartenders will probably remember your name, but if they don’t, they’ll definitely remember your drink,” he says. “It’s kind of a place that’s maybe a little Cheers-esque…everybody knows your name, everybody knows your preferences.” And the bar will have your preferred spirit brand waiting for you on your return visit.

The hotel, which will open in December, also hearkens back to old Vegas. Hues of navy, geometric-patterned carpets and deep walnut woods give rooms a more modern feel, while details like the Jelaine Faunce gold bathroom wallpaper showcasing dancing dealers in fringed outfits throwing die and cards add retro flair. The Founders Suites will be the most upscale accommodations and offer the best views from Circa’s top three floors, while the Bunk Bed Suites and Pads beckon small groups looking to party.

The casino resort originally was set to debut in December, but the pandemic accelerated the timeline. Nevada’s governor deemed construction employees essential, which enabled work to carry on around the clock during the shutdown.

Luckily, Circa’s pre-pandemic plans already factored in stepped-up health protections. When Stadium Swim was being designed in 2017, safety was top of mind. “I wanted to sell the fact that our concept would have the cleanest water, the clearest water, the safest water,” he says. “We plan on cleaning our water at a rate of five times more than any other pool, I believe in the country, certainly in Las Vegas.”

Stadium Swim will employ state-of-the-art ultraviolet light sanitizers that destroy pathogens, bacteria, viruses and contaminants, as well as advanced technology that will ensure the water is fully recirculated four to six times faster than required by regulations.

Preliminary plans also tackled improved air quality. “This will be the first casino in Las Vegas where our whole HVAC system is not coming from the ceiling — it’s going to be coming from the ground,” Stevens says. Cooling the property from the ground up uses less energy and creates a natural flow of air that’s always rising, which also helps alleviate the smoky areas.

“We’re building something to last a hundred years,” Stevens says. “I’ve always been confident that eventually our country will get through [the pandemic]. The question I think is more of a ‘when’ question than an ‘if.’”